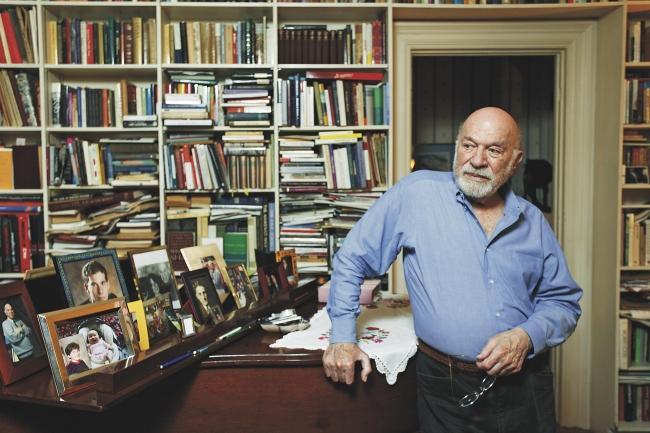 With Abram Foley, I recently co-edited a cluster of brief tribute essays about Stanley Cavell, the great philosopher and scholar of literature and film, who passed away in June at the age of 91, for the journal ASAP/J.  As our introduction to the feature put it:

Following Stanley Cavell’s death last month at the age of 91, we invited some of his students, friends, and admirers to write about his life and work. We were particularly interested in soliciting personal essays that acknowledged how Cavell’s thinking or character as a scholar and teacher had influenced the contributor’s own thinking or teaching, or helped to point them in new directions in their work. We ultimately received eight such pieces, with essays by Charles Bernstein, R.M. Berry, Beci Carver, J.D. Connor, Andrew Epstein, Walt Hunter, Imani Perry, and Johanna Winant.

You can find all the essays gathered here.

My own contribution, “The Philosopher as the Hobo of Thought,” discusses Cavell’s profound influence on my own writing.

I initially encountered this remarkable hobo of thought in graduate school, nearly twenty-five years ago, when I was first blown away by the strangeness and beauty of his writing. What other philosopher or theorist is so eloquent, so moving, so curiously human when discussing the problems of philosophy and literature and film? Like many others, I’ve always been drawn to Cavell in part for his genius as a writer, a stylist, a creator of striking, distinctive, indelible sentences. Certain phrases and passages, including some I’ve quoted above, have simply become totemic for me, recurring at odd moments and never far from my thoughts. They seemed to speak to something deep-seated in me that I hadn’t quite articulated or fully understood. His writing also seemed to have a weird knack for providing powerful language, images, and metaphors for concepts and ideas that happened to be at the center of my own work. Looking back, I can now see Cavell became something of a guiding spirit hovering over both of my books, echoing and deepening their themes.